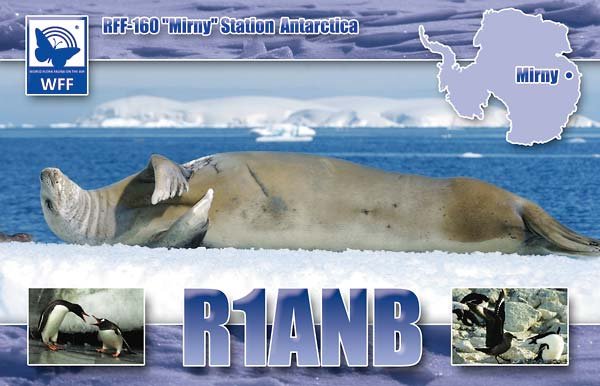 On November 26th, I was listening around on 30M, but I didn't hear too much activity. It was right around my sunset here, so I thought I would give a few cq calls. The first station to answer my call was W1IMA Bob in MA. Right after that, R1ANB Nick from the Mirny base down in Antarctica called in. Nick had quite a nice signal here, but he was struggling with my signal. He had some qrm because of high winds. I checked his call on qrz.com, and found the beautiful qslcard you can see above. It's not every day I work Antarctica. The log shows 22 qso'es over the years.