TX4T new on 40M and high bands opening up 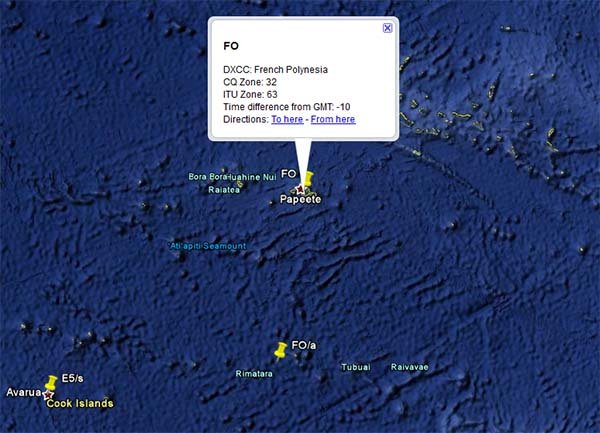 I worked TX4T Wednesday morning on 40M CW. The signal was not bad at all, but he was working USA/JA/VK/EU at the same time. After a little while in the pile-up, I managed to get through and it was a new one on 40M (#248). That was my first qso in a month. Radio activity has been pretty low. On Saturday Morning, I got TX4T on 30M. The higher bands has been showing signs of life lately. On Saturday, I heard several signals on 12M. I worked UA0BA with a nice signal, and heard TL0A, but I couldn't get through the pile-up. VP8LP was also heard, but I didn't bother to call. On Sunday 12M were quite crowded and lots of stations on. I managed to work 9X0CW for #221 and TL0A for #222. A few hours later, OX3XR had quite a nice signal and gave me #223. Among the other stuff I heard were lots of US stations, WP2B, FM5LD, CE, PY0F, LU and Z2. I have worked most of it before except Z2. He was just too weak. This looks promising for solarcycle 24.

I was amazed how many times I heard them this weekend during ARRL DX CW TEST calling CQ with no one waiting in line. Those guys must of done a bang up job.

Yes, that’s for sure. We heard them very late evening on 15M together with several KH6 stations during the ARRL contest. OH7EA gave them a call and they logged him. We were running the contest from OH8X Radio Arcala.