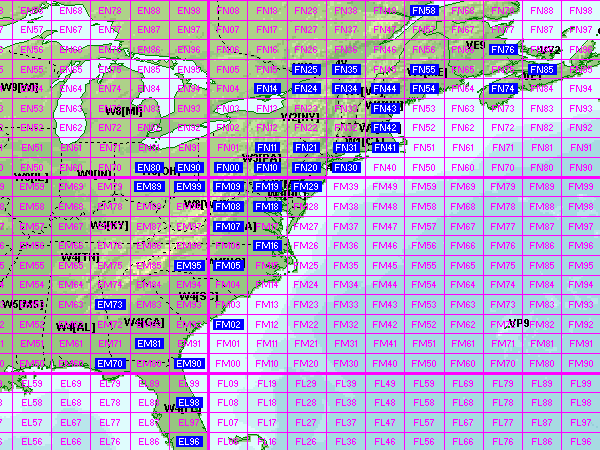 6M had been pretty quiet the last few days. There were a few openings, but nothing really interesting. That changed on Friday June 11th though. I was listening around the band for anything interesting, when K1TOL announced he was hearing the Moscow tv-transmitter. He started calling and I turned the yagi and listened. It was quiet… for a few seconds or so. Then suddenly his signal were in and it increased quickly. I worked him and tuned the band. N1BUG was in and I gave him a call. K1CP and W1JJ was also in, and I worked them both. After working those 4 stations, I went to 50080 and started calling and as soon as I finished the first call, I was answered. At times, I even had a small pile-up. I ended up staying on that frequency for nearly 3 hours. The opening resulted in 82 qsoes in 42 different grids. 8 of them were new. The map above shows the grids I worked. The longest qso was KE4WBO at 7466km. I worked 9 contacts into Canada and 73 into USA. This was my best opening to North-America since the opening I had in 2008. Hopefully more openings will come.

All the contacts are uploaded to LoTW and my logsearch.

I talked with a few of the other LA's that were active in the opening. LA8HGA worked over 70 qsoes, LA8AV worked over 50 qsoes and LA7HJA worked around 30 qsoes.

Below you see a plot of the qso'es. The map was made with Google Earth. Thanks to VE2XK for the idea. 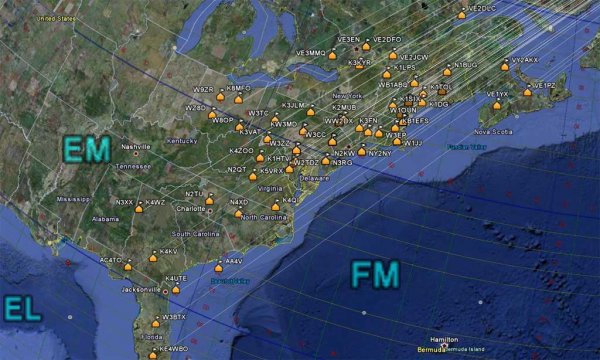 How do you generate those cool grid maps and the maps showing the path traces?

The gridmaps are made in DXAtlas and the pathtraces are made with Ham Radio Deluxe and Google Earth.