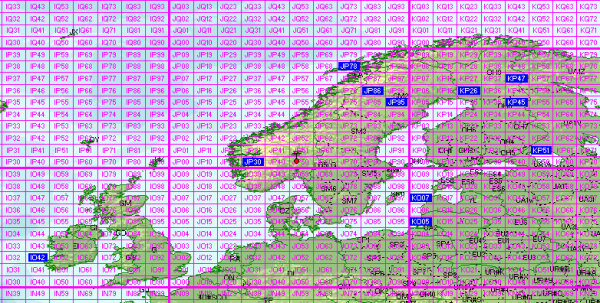 Radio has been kinda slow here. No HF has been worked in a while, and not too many contacts since the big aurora in early August. I have however managed to work several new gridsquares on 6M. If you look at the map, you see the new ones I've worked. Thank you very much to all the people that activated these squares!

I did get another proof on August 11th that the 6M season still wasn't over. I noticed TY1KS being spotted further down in Europe. I turned the yagi and to my surprise, I could hear him. I could however not make myself heard. I think I copied him for around 15 minutes before he faded. Listen to the soundclip below.

« LA8YB is silent key
Base jump from Radio Arcala OH8X »
Comments: No comment yet, you could be the first