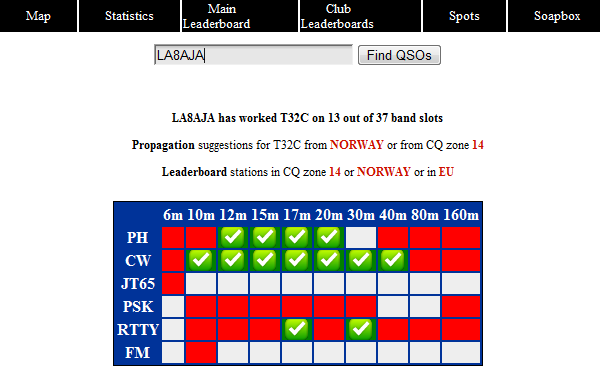 The conditions are really good for the time being, and I have worked a few contacts lately.

Early morning October 19th, I worked VE7SV with a nice and strong signal on 30M CW. He had a pile-up from Europe, but was easily worked. T32C was worked on 10M CW.

I now have 13 slots with T32C. Way more than expected. They have been there so long that the pile-up's are small and pretty easy to crack.