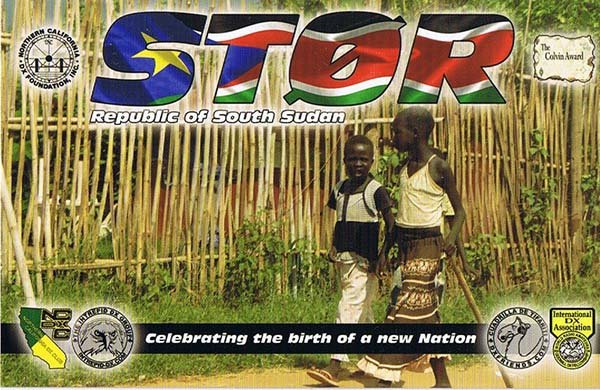 After I requested my ST0R card via OQRS, my contacts were uploaded to LoTW and gave me #296 on LoTW. The card came in the mail a few days later.

I have worked a little dx since my last report.

October 23rd I worked TX7M on 30M CW and JW7XM on 10M SSB. Harald was very strong here and had a very big pile-up.

During CQWW SSB I listened a little on the bands. Conditions were the best in many many years. I didn't bother to work much in all the noise. Breaking pile-up's is very difficult with a vertical. I did however wake up in the middle of the night on October 30th. I checked the bands and 20M were very good. I had big signals from Hawaii and worked 4 stations. I worked 2 stations from Alaska. I also Worked C5A, E51Z, TX5A and JW5E. All had quite good signals. I worked 3XY1D on 10M CW. I worked ST2AR and A92GR on 10M SSB for 2 new ones on 10M.