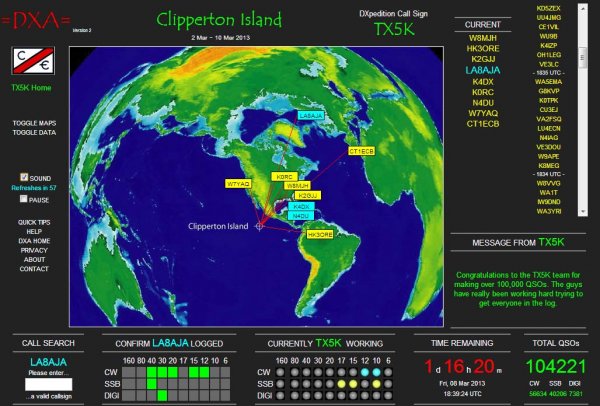 Here is my long overdue third dx report in 2013. These contacts are all from last month.

The big expedition of March was TX5K Clipperton. Many people worked them as a new one. I had FO0AAA from back in 2000, so I wasn't too stressed about getting them in the log.