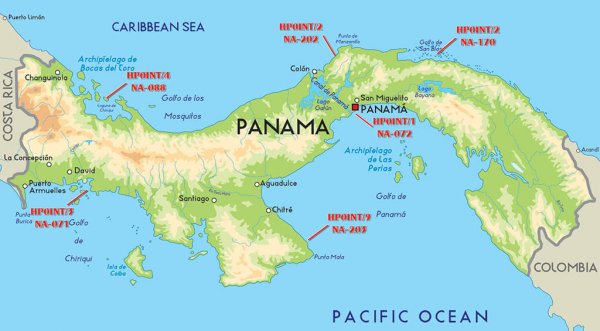 Since my last report with VK5CE/P, I have worked several new islands. Here is a small report since then.

On August 31st I worked EF3EGB on 40M CW. I also worked T10VB on 40M CW. Vlad UA4WHX is operating from Transnistria. It doesn't count (yet?) for any dxcc. Read more about the operation on DX-World.

On September 17th I worked HP0INT/4 from NA-088 on 30M CW for a new iota. I managed to work them on 5 of 6 islands activated. They were so weak from NA-202 that I barely could read them. I tried, but I could not get them in the log. Though I'm very happy to work them anyway. To read more about the activation of the Invoker Team, go here.

And before you ask… I have been bitten by the iota-bug! I have worked iota's before, but I haven't really focused my attention towards them before. Lately I've been watching the cluster and the bulletins for new iota's a lot. Besides I feel that there are a lot of people activating iota's these day. As of the time of this writing I've worked 460 iota's. I have plenty of island to work as the total number of iota's are around 1100. If you want to read more about IOTA (Islands on the Air) go here.

You have very nice recordings at the bottom of the page. My favourite is XW0YJY, he is realy fast. It is nice to have some chance to listen one of thouse guys working fast on CW, spacally when I have no radio hmmm…
Vy 73’s de LA7RRA !

Glad you like the recordings. I try to make a few now and then and post.Too bad you don’t have a radio. Hopefully you’ll have one soon. CQWW CW is coming up, and it would be a pity to miss that one. Good dx.