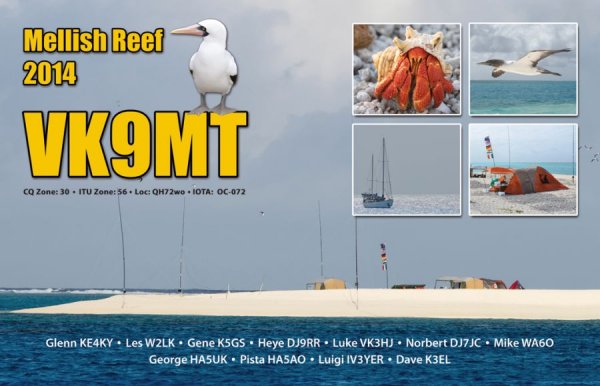 Wow, time flies way too fast these days. I'm not working much radio for the time being. Usually I'm chasing new islands or perhaps a new bandcountry here and there. Conditions has been up and down, and the 6M season has started again when I write this. Well, here is my report from April.

On April 4th, I worked VK9MT on 17M CW, and it was a new one on 17M. Both VK9MT qsoes were confirmed on LoTW pretty quickly. The manager is M0URX, so I knew it would be a fast confirmation.

On April 19th, I worked KH8/DL6JGN on 30M CW again. He didn't have my call correct the first time. S79SD was worked on 15M cw for a new one on 15M. An LoTW confirmation came quickly for this one.

« Iota #500 worked
DX report from May and 6M opening up »
Comments: No comment yet, you could be the first