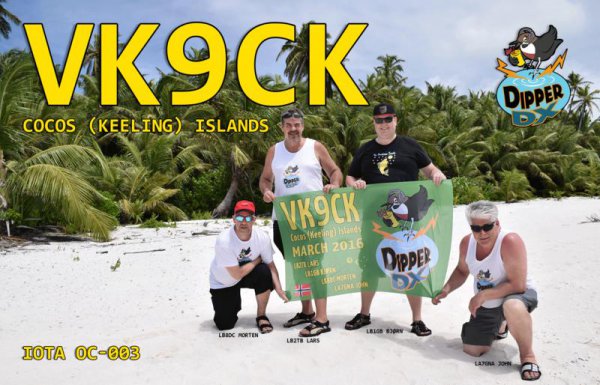 Wow, it’s been 3 months since my last post. Let’s get this show running again. I’ve been quite busy, but hopefully I’ll get around to write some more stuff here for those that read this page. I have worked some more radio this year, than the previous year. And the 6M season has started again.  Ok, let’s get on to the radio reporting stuff. Several LA’s has been qrv from exotic places, and I managed to work them on several bands. I also have some soundclips for you to enjoy.

I’ll report more in a future post, but I must say the dx activity has been quite nice the last few months with new dxcc’s, iota’s and bandcountries.

« 3 new on LoTW with VP8STI, VP8SGI and K5P
Broken logsearch has been fixed »
Comments: No comment yet, you could be the first