Another 6M opening to the US on June 20th 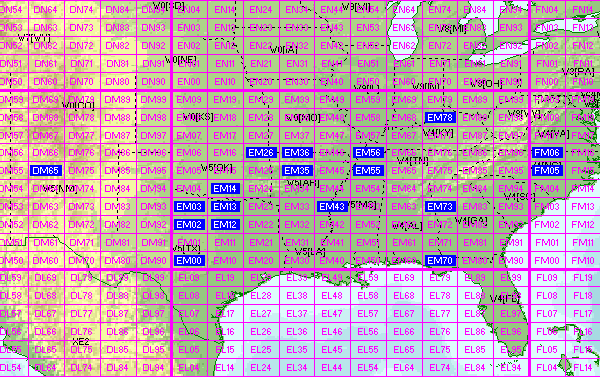 Sunday June 20th brought another good opening Stateside. I was seeing skips from Europe. I started listening to the north-west, but I coudn't hear anything, so I started calling myself. K3KO was the first one to answer. I continued to call but no DX showed up. I was answered by OY4TN and IB0CW. LA8HGA started calling too, and it turned out that he had better skips then me. He started working into the midwest with TX and KS among others. I couldn't hear anything.

I took a dinner break, and was back an hour later. I started calling and was answered by Terry K4RX in EM70. K4QL followed in FM05. 10 minutes past and finally N5JR in TX answered me. Another surprise followed shortly with N5JEH from NM. A few qsoes later, I got my ODX qso for the day at over 8100km with W3XO/5 in EM00. W5KI kalled in from AR, giving me my third new state. K4XO from TN called and yet another new state. W5IF from OK gave me my fifth new state. A few more qsoes with TX was worked and then N4XM from KY called in, new state number six. My last USA contact turned out to be yet another new state with K5ZK in MS.

LA8HGA and LA7HJA worked further than me to the west with both of them working stations from CA and AZ. LA7HJA even worked WA.

This opening to the US was like no other I have experienced. Hopefully I'll be able to do it again some time. Once in a while, 6M really is the magic band. 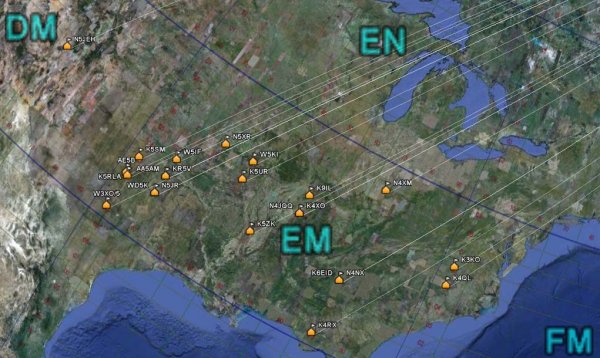 « 3 new gridsquares on 6M
The magic band surprises again – nighttime opening to JA »
Comments: No comment yet, you could be the first