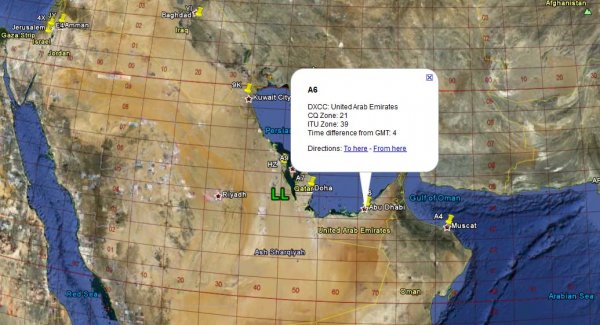 6M had been mostly dead for a few days, and I noticed Nigel G3TXF was active from ZD7. I think he was leaving that day, so I realized that I probably could have worked him on several bands. However on June 30th, I got him on 40M CW after a few minutes in the pile-up. He was using ZD7XF as his callsign and had a nice signal with just as big of a pile-up.

July 1st brought some conditions on 6M. I got Darren SV5/G0TSM and J48YA on 6M CW. Then I noticed an hour later that aurora was starting. I worked 17 stations on aurora from ES, LA, SM, OH, GM and OJ0. OJ0/SA5BJM was a bit of a surprise. I wasn't aware that they had 6M gear with them. They worked quite a few contacts on aurora and later they also got some sporadic-e openings too. JW7QIA did also work several contacts down in Europe during this day. I'm not sure if he worked anything in North-America though.

July 2nd seemed good. LA8HGA reported hearing and working A9. He could also hear 4Z. I couldn't hear much of those station here but I could hear other europeans. A little later I also got better conditions up here. I could hear A92IO and A45XR. I didn't bother working any of them, since I've worked them before. D4C and CS3BSM beacons came in around the same time, so there was hope for something more. But A6 seemed active today and since I didn't hear anything more interesting, I took a break. After a few hours, I checked again. LA2OKA had spotted A65BP about 10 minutes earlier. I could not hear the A6, and it seemed he wasn't there at that time. 10 minutes later, I heard A65BP again on the frequency calling. I quickly called him and logged him for #131 on 6M. I gotta say, this one really tasted good. After feeling that most of the DX either not reached me or skipped over my head, I could finally work something new.

On July 3rd, 6M was pretty much dead. I think I heard one or two europeans. I turned the yagi west and parked the radio on 50106. I was hoping for a shot at PJ6D. In the meantime, I was doing something else, and I suddenly heard them calling CQ. I quickly called them, but they couldn't get me. I only heard a few QRZ from them before they either worked someone else or continued calling. I heard them for maybe 5 minutes. I continued listening after them and heard a CQ now and then. I called them each time, but I wasn't able to work them.