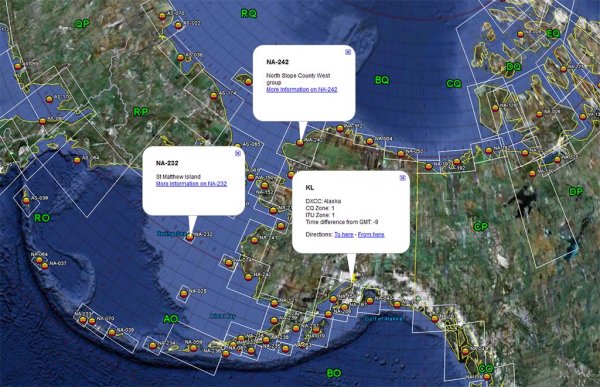 Saturday July 23rd, I had some time to play radio. I knew there were a few IOTA's on in Alaska that had never been activated before, so I was looking for them. K6VVA/KL7 NA-242 was on 30M CW early in the day. He was fluttery and not too strong. I heard an SM station working him so I quickly found his frequency and I got through fairly quickly after that. I started looking for KL7RRC in NA-232. They were on 20M CW, but too weak to be able to work them with my station. Then I noticed K6VVA/KL7 was on 20M CW. The signal was stronger than on 30M and easy to work. To my luck, KL7RRC was on 17M SSB. The signal wasn't too strong, and the pile-up was obviously not very big as I quickly worked them for my second new IOTA in Alaska.