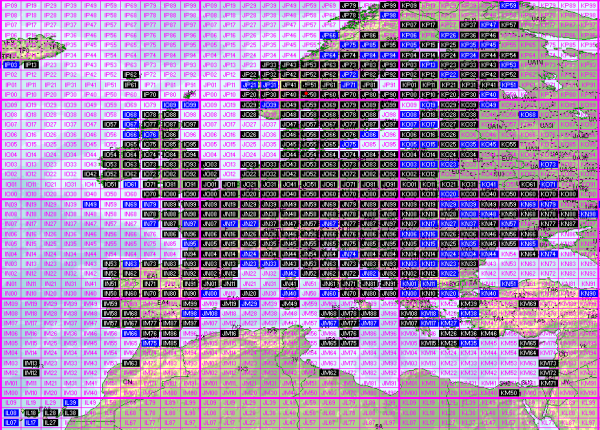 Over a month has gone since I wrote my last post. Life has been busy and I haven't had too much to write about. Anyway, here are some of the stuff I've worked.

On May 29th 6M was in pretty good shape. EA8/G8BCG was worked from IL39 for yet another new square. In the evening, the band opened for some nice DX. I worked PV8ADI on 6M CW and FM5WD on 6M SSB. I did hear KP4 and 9Y too, but I didn't bother since I've worked them before.

June 1st I worked LA6Q from JO39 for my last new square so far on 6M this season. They were easily worked on tropo.

hello.
I’ve been listening to in your 50 Mhz, today 28/06 had all the will in 50,115 is hard, I’m CU1EZ contact HM76kx hope soon, not forget to turn the antenna to the Azores, continued good dx.
greetings
CU1EZ

Nice that you did hear me today. I see according to my log that we have worked before, but CU is not worked many times a year. Hopefully I’ll see you down the log later.