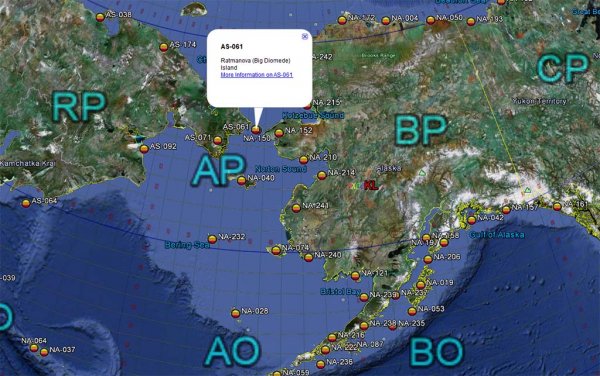 After the big 6M North-American opening I reported about last time, I have barely worked anything. July 22nd did have an opening where I worked A9, UT, YU, HA, E7, YO, 9A and I. Nothing of that was new, but at least the band was open.

On July 23rd, I worked YL/OH5LID from KO36 on 6M MS. That was a new grid for me. I've lost count on how many new grids Janne has given me, but once again, thank you!

Since then, we have had a few minor opening, but nothing interesting for me to work. I know OX was worked in LA, but I had gone to bed at that time.

On August 1st, I turned my attention a little bit to HF again. RI0K was active from AS-061. The qth was Big Diomede right at the border between Russia and USA (Alaska). I have watched a show called Flying Wild Alaska, so I know where this island is located, and it was quite exciting to work them for a new iota. They were also active from a few more rare iota's, but unfortunately, I wasn't active so that I could work them.

August 10th did have a surprising opening on 6M. I wasn't lucky enough to get in on that opening, but LA3EQ managed to work D64K on ES+TEP. That was an LA-D6 first, and would have been a new one for me.

« Big North-American 6M opening July 20th
#304 on LoTW with HK0NA »
Comments: No comment yet, you could be the first