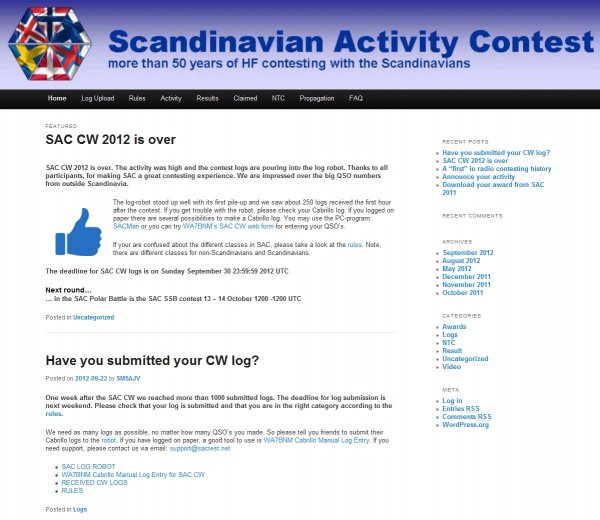 Little radio since last time, though I have a short report here.

The Scandinavian Activity Contest was on 2 weeks ago on CW. I didn’t intend to participate, but did listen on the bands on Saturday evening. The bands seemed quite good and I gave it a shot. The fun thing was watching Reverse Beacon Network at the same time to see where I could be heard. It was very interesting and really added a new dimension to the experience.  I only worked around 5 hours and had quite a pile-up from time to time. Below is my small report for a few hours of work. I felt quite rusty at first, but quickly gained back the contesting and pile-up feeling.