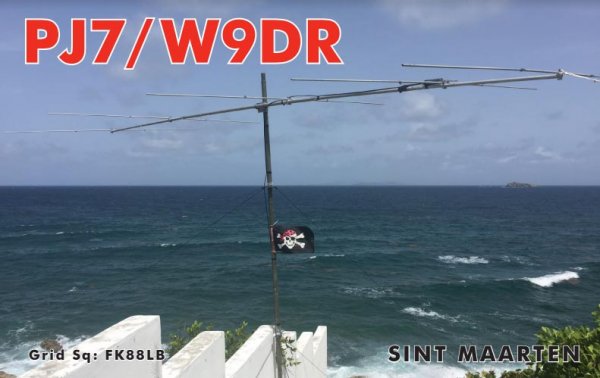 Radio started very slow this year. My first qso was with my friend K3LU. I worked Ulis on 20M CW on January 1st. He had a great signal, and it was nice to work him again.

On June 15th, I worked JG1TSG on 6M JT65. That was my first JA on 6M this year. I heard several more stations, but they did not hear me.

6M had shown a few good openings the week before, but I was away on vacation. Luckily I managed to catch a great opening on June 17th. The first qso that day was PJ7/w9DR on 6M SSB for #150 on 6M. He struggled a lot with qrm, but he finally managed to pull my call out. I also worked YV7DX, PJ4NX and P43A. OX3LX was heard, but not worked.

The band opening again on June 20th. I worked ZB2TT on 6M on JT65. Later in the evening I got an opening where I worked K1TOL and N1BUG on 6M CW.

On June 21st, I got an opening on 6M where I worked W4UDH, OX3LX, W4LES and K8MFO. I heard several more stations, but JT65 is too slow to really exploit these openings. I felt more like I wasted this opening. One trend this year so far, is that activity has shifted over to digital on 6M. You can often hear station on JT65, but the CW portion of the band is just empty.

On June 24th, I worked JW7QIA on 6M CW. Peter was once again on a trip to Svalbard. Unfortunately he was not so lucky with the propagation this year.