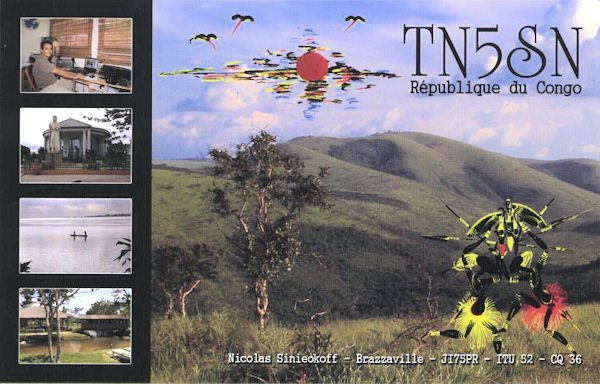 A few weeks ago, I finally managed to work TN5SN Nicolas. I have been trying to work him a few times on HF. I did hear him last year on 6M, but nothing this year. I got him on 30M CW, where he had a strong signal. It was typically the only band and mode I had worked TN on before. The reason I wanted to log him, is because he is an LoTW user. A week or so ago, I got the confirmation on LoTW, which gave me #256 LoTW only. Thank you Nicolas.

I have plenty more to report about, but time just flies too fast. At the same time, 6M has been having a few very good openings. I'll come back to that in a later post, as soon as I get it written.

Congrats Andy!
I finally made it with Nicolas the other day as well on 20 SSB, with my simple antenna setup and 100w. Guess I have to upload my log to LoTW to get him as a new one there.
Good luck

Congratulations Morten. That’s a nice catch. It’s my second qso with TN. They are quite rare I must say. Good dx and keep it up. 73 de Andreas, LA8AJA.