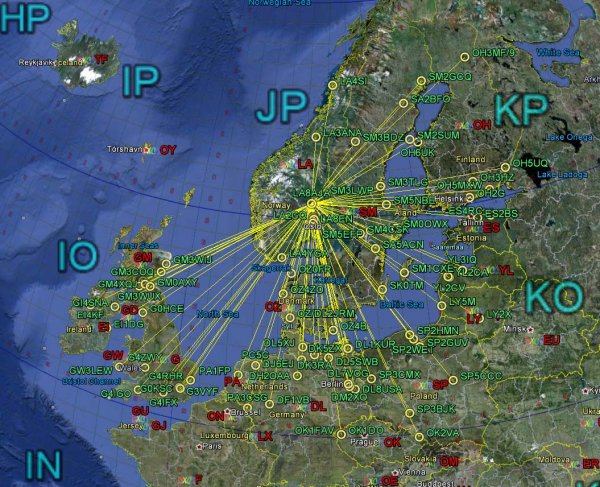 The picture pretty much says it all, but on July 15th I worked a big 6m aurora. The aurora started early in the morning and lasted the whole day. I didn't bother to work all the time, but at one point the aurora got too far south for me to be workable. That doesn't happen very often though. I also worked into a JN square for the first time on 6M aurora. Nothing new was worked but several new stations in the log.

I added a map made in DXAtlas to show all the gridsquares I worked. 84 different stations in 64 gridsquares were worked in this opening. 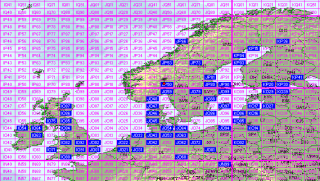